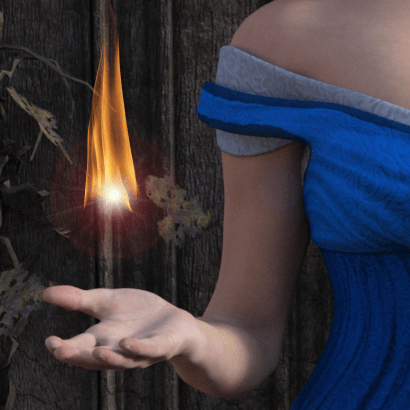 Moiraine of the Blue Ajah — Wheel of Time

They are described as having “ageless faces” from using the one power for so long, and typically dress in the colour of their Ajah.

This character modelled, Moiraine, is Aes Sedai of the Blue Ajah, meaning that her faction normally involves themselves with righteous causes and justice. They have the most extensive eyes-and-ears network and it was her quest to find The Dragon Reborn when he was prophesised to arrive. Rand was unaware of his destiny.

When Aes Sedai first start to learn to channel, they are given small tasks, that to others, certainly to Rand al’Thor, would seem miraculous.

This 3D artwork was created in DAZ Studio and composited in Photoshop. The base figure is Genesis Female. The clothing is from Lady of the Lake. The Diffuse Colour of the gauze gown (the outer darker blue garment) was changed to a blue, as opposed to a darker material and the opacity reduced. Likewise, the inner, lighter blue garment, the diffuse colour and opacity were changed to give a more pleasing result.

The jewel on her forehead is from the Unicorn Princess Tiara, where, once again, the diffuse colour and opacity of the gem was changed to a blue to match the description in the books.

The camera position was chosen to show give the view the sense that they were slightly shorter than Moiraine, either because she was standing on steps or because she was taller than the viewer… or perhaps, larger than life — another Aes Sedai trick. The gaze of her eyes is directly at the camera giving a sense of owning the moment.

And finally, the image was cropped to remove any background that would detract from the moment.

With an image like this, and such simple changes to what is a stock figure, it’s easy to see how versatile the Surfaces controls in Daz Studio can be to give a complete different result that what was originally intended.