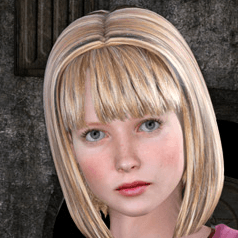 They are described as having “ageless faces” from using the one power for so long, and typically dress in the colour of their Ajah.

This character modelled, is Aes Sedai of the Red Ajah, which, for nearly three thousand years, have been dedicated to locating men with the ability to channel and bringing them to the White Tower for gentling.

After the fall of the last age, about three thousand years ago, it was men who could channel that were responsible for the breaking of the world. Hence, it is their responsibility to gentle men — remove their ability to channel — before they can wreak the same havoc on this age.

This 3D artwork was created in DAZ Studio and composited in Photoshop.