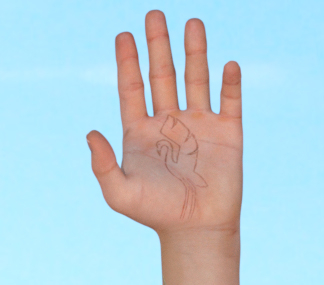 At this time, this is a work in progress

At this point in the story, Rand has been marked twice and twice by the heron and has been to Rhuidion in the wastes to be branded on his arms with the dragons.

This work demonstrates that by compositing the base textures with others, as well a creating a bump map (in this case for the heron branded into his palms), can, with a little bit of patience and ingenuity create the character described.